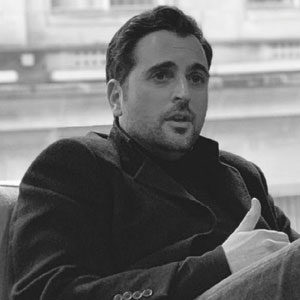 As an early stage venture capital investor in the creative industries, when institutional investors or family offices three or four years ago asked us what the blockchain was, and what it meant in the context of media and entertainment, we used simplistic descriptions like “an enormous and continuously growing Google Doc”, or a “spreadsheet in the sky with a deposit box in the cloud”. Today most people know that the blockchain is a peer to peer, collaborative, distributed, transparent ledger of everything for the Internet of everything. Effectively, a database on steroids with big hopes and possibly a bigger potential.

​ Blockchain, whilst still experimental, is definitely here to stay. It will weave itself into our daily lives, whether we are aware of it or not, like the internet did. It is directionally right but the end solution, the killer app is not currently an obvious reality

Fair to say that blockchain went from crypt to hip and got a bad rep as Bitcoin and alt-coins have been extremely volatile and speculative. Banks quickly embraced the “technology behind Bitcoin” to further develop the crypto asset class. The market for cryptocurrencies and tokens has overheated, became irrationally exuberant, and eventually crashed. We have seen the good, the bad and the ugly of the ICOs. They offered startups an alternative source of funding to venture capital (in reality a complement), sometimes without even having a proof of concept. There were also a lot of posers and scammers, who at best were offering plagiarized white papers, at worst selling Ponzi schemes.

However, despite a lot of noise there is definitely also a big signal. No, we can’t argue that Bitcoin is today better than Paypal or that Filecoin is better than Dropbox. But they offer censorship resistance and drove change in society, like the adoption of encrypted messaging, from Whatsapp to Signal, for example. Venture capital funds went from ignoring blockchain to setting up big crypto funds and being actively involved, both in ICOs and in private pre sales and rounds. Possibly by Fear Of Missing Out. Some crypto maximalists (or crypto marxists!) even claimed that venture capital was dead when in fact venture capital have complemented crypto funding, even acting as gatekeepers through their due diligence know-how, market intelligence and reputation.

In Intellectual Property heavy industries like film, TV and music, blockchain tech can mature and solve some problems and fundamentally transform the value chain, from publishing to monetisation and the relationship of artists with their communities of fans, and be used for a multitude of purposes. For instance, the Smart Contracts, a feature of blockchain (on Ethereum), can disintermediate micro payments. Blockchain has now reached Hollywood as Ryan Kavanaugh’s Proxima Media secured $100M funding for its Proxicoin security token that will effectively try to solve the film financing problem. Proxima will allow fractional ownership of film, TV, music, and other IP-drive contents, where even small investors are welcome, in essence aiming to be a stock exchange-like trading platform.

In the creative industries, financing is an issue but also content ownership and monetisation. One of the key problems is the fact that there are very few platforms on which content creators can publish, i.e. Facebook, Netflix, Amazon, YouTube, and Spotify, making them dependent in terms of revenue models. YouTubers effectively built beautiful homes on somebody else’s land. If they leave the platform, they leave the followers within the platform. Same with any artist who has to share his or her revenues with any distributing platform. Most artists now want to own their content and distribute it as they see fit. Most Facebook users have also now realised that Facebook wasn’t the product but they were; the users are driving the ad $ and they aren’t getting paid. A new paradigm has emerged and blockchain can help solve that problem. In fact, Facebook has been “secretly” working on blockchain and it is reportedly developing a cryptocurrency to use for peer-to-peer payments. Payments could help Facebook develop an entirely new revenue stream aside from advertising, which could bring in as much as $19bn in additional revenue in its “upside case” by 2021 if its cryptocurrency plans work out, as Barclays assessed. Facebook would become the first social media platform to also be a bank. Will a Facebook Coin, or token, be the killer app that will drive the adoption rate for blockchain and cryptocurrencies? Maybe. But almost certainly antitrust lawyers will ask for a break up of Facebook, the biggest publisher not owning any content and the biggest bank not owning branches or even solvency capital.

So, blockchain has clearly entered the trough of disillusionment in the summer 2018 and some are quick to declare the end of the crypto winter. However, despite the key challenges for blockchain such as the initial cost, the integration with the legacy systems, the public perception, the privacy and security, the scalability, and the adoption rate, the reality is that, at this stage, crypto capitalism is a new frontier and blockchain, as a product, whilst still experimental, is definitely here to stay. It will weave itself into our daily lives, whether we are aware of it or not, like the internet did. It is directionally right but the end solution, the killer app—which the “FaceCoin” might be—is not currently an obvious reality.

We, as active specialised investors, are closely watching this exciting space.

Fabio is an investment director at Station12, a venture capital fund based in London that combines investment, operational and advising experience, with a unique and deep understanding of the Sport, Entertainment and Knowledge market, and the emerging technologies enabling or supporting the sector like VR, AR, AI and blockchain. He is also an Expert and Rapporteur at the European Commission for the Horizon2020 €80bn R&D funding programme.

THE CHALLENGES OF CYBER-PHYSICAL SYSTEM SECURITY

How to Build an Effective Content Strategy Others Will Envy

A Collaborative Approach to Wealth Management

Three Ways to Align Your Security Roadmap to Business Objectives