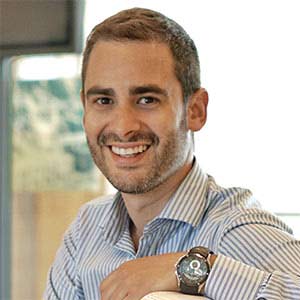 Blockchain is a disruptive technology that is progressively demonstrating its value in different fields and sectors. In addition, Blockchain can become an enabling technology or enhancer of other technologies such as Internet of Things (IoT).

One of the main benefits of applying blockchain to IoT is precisely the decentralized architecture that blockchain can offer to IoT, and especially to the Industrial Internet of Things (IIoT) whose requirements are more severe than in the consumer market. The current architecture of IoT platforms is a classical client/ server, which presents several barriers and deficiencies for an IoT/IIoT environment. It is expected that the client/server architecture will not be able to respond to the exponential growth of IoT. The cost of centralized processing and even network equipment and connectivity would be exponential if all these communications had to pass through a central server. In addition, this central system would be a major bottleneck for all connected devices and a single point of failure (SPOF) which, if compromised, could generate a production shutdown of millions of euros in a single factory.

The trend is also that connected machines and factories interact outside their business environment with partners, suppliers, and customers. This brings another set of challenges at the level of identity management and device authentication. Currently within a factory, systems have multiple limitations because vendors deploy centralized systems that cannot securely interact with third parties, even rely on costly and complex in-house or manufacturer controlled PKI architectures. In a global economy the problem is even more serious. Thus, blockchain technology has demonstrated that distributed authentication and identity management are highly efficient and feasible and can solve identity management problems.

For all these reasons, we are dealing with a new paradigm in which, after moving from the traditional server model to an elastic cloud server architecture, we must evolve toward a network of devices in which blockchain is postulated as the main technological enabler. This paradigm shift would lead us toward decentralized transactions and registries that could become sectorial or even universal.

Once the IoT architecture evolves and be decentralized by blockchain, the true disruptive innovation that blockchain promises in the field of IoT could be realized, the Machine Economy. We are talking about a new paradigm in which the devices themselves can be active participants in a new economy of Things. Thus, IoT devices will be able to valorize their data or services by offering them to other interested devices or companies. Blockchain will make it possible to establish peer-to-peer relations between devices and manage value based on a digital representation called a "token" in the field of blockchain technology. A token is a blockchain native digital asset that can be managed decentrally and securely, enabling the exchange of value between parties securely without an intermediary. Being a fully digital and secure asset, it will allow machines to natively exchange value and make machines participants in such exchanges. These tokens may represent in many cases the value of a sensor’s data, relevant for other devices or companies, the right to use a service, or even tokens representing different energy assets.

However, nowadays the machine economy is mainly an experimental concept that requires solving different challenges. Some of these research challenges are (i) secure hardware-based digital identity, (ii) interoperability and data sovereignty, (iii) more scalable and computationally efficient DLT architectures, or (iv) distributed machine governance model, between others.

Sharing the Skies, The Drone Evolution

Drones and Data: Designing a Framework to Maximize Innovation

The Sky Truly is the Limit

Planning for Devops - Considerations Before Taking the Leap

The Importance Of an ITSM Platform To Effectively Manage It Operations