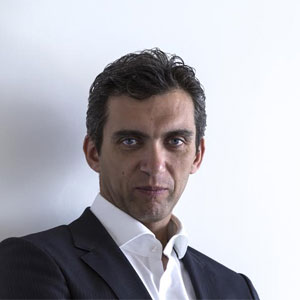 In the current days, the blockchain remains still linked to the bitcoin performances and technology for the most. The age of the ‘emotional’ ICOs has finished. The hype period is gone and some dreamers are still waiting for a new wave of cryptos to ride in a new “Gold Rush”.

What the business and the tech could then expect from such a scenario in blockchain?

The business is becoming more and more conscious about what a distributed ledger is and how to apply the technology. Business developers are designing use cases. The pioneers, who have approached the argument long time ago, are moving their cases to the maturity phase and entering in the deployment phase. Some others have collected money to implement ideas with a never-ending story to be developed. The late adopters are still waiting for the right grade of maturity to jump into the water.

The community of the technicians is divided: the most conservative part is well represented in a recent survey among CIOs. It shows that the majority doesn’t consider blockchain as an opportunity and has no plan to explore this field. The most innovative part, the 23 percent yes, they see the opportunity and are working on it.

Why this second smaller category still so optimistic about the future of blockchain? What do they see that others don’t?

The answer is pretty clear. Despite hypes and traders, the distributed technology remains the way to extend in the future the current limits of internet.

The world wide web has reached its logical limit. Since years, internet, as a platform of applications, doesn’t see any new important development; its functionalities have been initially explored and used to offer services in a client-server logic, not going further than this approach.
The most of the investments for internet are still on the infrastructure side: larger bandwidth and faster transfer rate are the two ‘never enough’ targets.

The result is that big tech giants (‘FAANGs’) and system integrators are steering the software development in parallel with telcos who are building faster cable and mobile connections. This dual approach results in a limitation in terms of innovative services and development. Everything remains centralized and the big potential of innovation remains unexplored in the mind of each individual.

In this environment, a distributed ecosystem plays an important role to be the way to change the game and innovate.

In the first step, the opportunity is to create internet 2.0 as a layer based on the logic of a DLT platform. Each node as a device, as a person, as a ‘thing’ will be unique and will contribute with its space capacity and calculation power to store and manage the data that today are centralized.

This Internet 2.0 becomes then the first logical evolution of Internet as a DLT layer to build the next generation of applications (DAPPS). The DAPPS will be the first way for end users to express themselves like today it happens only in a centralized way. Each person and device will be an active contributor and will decide which level of engagement to offer and to get compensated.

As an example of the unexplored potential, a person will decide which private data to share and get compensated. If a day, he will then decide to retrieve his decision, stopping data sharing and switching off the previous shared data (it doesn’t sound like something we’ve heard in the recent GDPR regulation?), he will do it easily via a click or better a tap in his DAPP.

As a second example, looking at the fashion industry for instance, the collection development can also go via a distributed way. Every person, via specific DAPP, can design a product with an ID and post it on the platform where fashion companies can meet the new styles. They will produce and put in the market and sell. The ID creates the link to the published proposal; a fair part of the income is shared with the original designer. In other words: “Everyone can be a stylist!”

How will the transformation from current Internet to Internet 2.0 happen?

The move towards Internet 2.0 will happen as it was for the first internet. The first step will be to have several different internets, several blockchains. The second step will be the interoperability and integration of different protocols in a single ‘understood (not spoken) language’. The third step will be the massive developments of DAPPS and availability in the market.

This future ecosystem will open for several new business opportunities and the key to get it is very easy: leveraging on the willingness of the people to be part of something bigger.

Keeping It Real With Your Security Vendors

One Source of Truth for Our Frontend