Blockchain - Where Does the Hype End and Reality Begin?

Blockchain - Where Does the Hype End and Reality Begin? 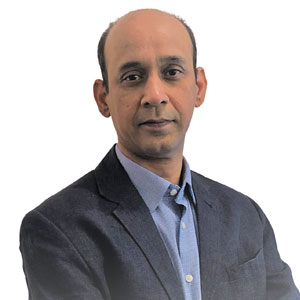 Blockchain is an often-misunderstood technology, with potentially wide-ranging applications across variety of sectors. With that said, the benefits of blockchain are often mis-contextualised–while the technology undoubtedly has the potential to revolutionize some areas; its relevance to others may well be overstated. So how can blockchain be used to the most significant effect? And in what areas has the hype outpaced the reality?

Some consider blockchain to be a ‘distributed database,’ or an immutable, enciphered journal of records. But the correct usage of blockchain is to establish a method for interested parties to reach a consensus on digital data, ensuring that integrity, security, and non-repudiation of data is maintained, without the interference of a centralized party with potentially vested interests.

Blockchain technology ensures that everyone is accountable for the actions they perform in the chain and is most useful in models where multiple parties have a responsibility for digital accountability. The objective consensus it provides has far-reaching ramifications in areas such as banking networks, supply chain, medical records, and identity establishment.

From around 2016 to 2018(around the height of the bitcoin boom) every problem statement in the world ended with the tagline ‘blockchain is the solution’. The tech industry let its imagination run wild, but as is often the case, some speculation was on the far side of fantastical. Not everything needs to be decentralized, and we have subsequently heard stories about failed blockchain in the travel, aerospace and pharmaceutical industries, among many others.

While a lot of these failures were technology-driven, some of them were around the business strategy of blockchain— the result of a non-market mature technology being applied to made-up problems and supported by irrelevant strategies. These examples serve as clear warning signs against being seduced by the hype of new technology. The guiding principles of understanding the application of a new solution and bringing it to bear in a specific way to solve a specific problem (or series of problems) have once again been proven to be true.

Well, there are undoubtedly still interesting use cases of blockchain that are being actively pursued in the financial services industry. Among the most notable is the design of a new system of cross-border payments. For example, at the start of May, the central banks of Canada and Singapore conducted a successful trial of a blockchain solution (provided by blockchain projects Jasper and Ubin) to reconcile payments and stated that blockchain had “great potential to increase efficiencies and reduce risks for cross-border payments.”

Because of the various stakeholders involved in the process of exchanging currency, the current infrastructure has lent itself to a monolithic, linear and monotonous process—unchanging even if the endpoints, originators, intermediaries or recipients alter. This lack of flexibility, put simply, fails to reflect the wider landscape and the needs of stakeholders and consumers. When it comes to a seismic change in the infrastructure of international payments, it is less a question of “if” and more a question of “when.”

This shift represents a prime opportunity to bring to bear the benefits of automation using distributed means, whereby the interchange of currency can occur and settle simultaneously. The benefits, in terms of speed, convenience, transparency, and security, are substantial.

Having said that, I don’t feel that this real-world use case will ever follow the strict definition of blockchain, or indeed the consensus theory that bitcoin is based on. In fact, I don’t think it will become completely decentralized. In financial services, identity is key, and the essence of blockchain is to be identity-less, clever and anonymous – anathema to the status quo. Any attempts to solve this problem will have to stretch current blockchain technology and strategy to solve the issues of interoperability between different chains. Though drastic change looks set to arrive; if the pace of this is deemed to be too quick or the alterations too dramatic, do not be surprised to see the industry dig its heels in and abandon the blockchain project (at least in part).

In short, we need to start disassociating digital currencies from blockchain and see further development in technology and strategy before it can deliver on its potential. Bitcoin is blockchain but blockchain is not bitcoin–though neither is it the magic wand to wave at the tech industry’s issues.

Blockchain has the ability to disrupt and influence business models, perhaps in the same way the internet did, but we need to move away from the hype and towards reality.