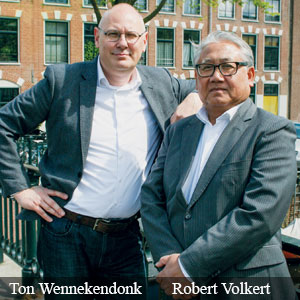 Ton Wennekendonk, COO & Founder and Robert Volkert, CEO & Founder If there was one thing that Robert Volkert and Ton Wennekendonk remember from their days serving the international insurance industry at senior management positions, it was the fact that every day came as a moment of realization and inspiration for breaking the status quo of the insurance space. “The industry had become increasingly cost inefficient. Large proportions of policyholders’ premiums were spent on many things than other paying claims. And we thought that the only way to solve this was to devise a system that could reinvent the insurance value chain and create an entirely new system for risk sharing,” says Wennekendonk, the COO and founder of Sagittae Financial Services. Volkert, the company’s CEO and founder adds: Typically insurance companies spend a substantial part ( almost 45 percent) of their premium income on their immense labor force, multiple (redundant) management layers, legacy IT systems and costly middleman structures. Obviously, the interests of the insurance company’s major stakeholder groups—shareholders and policyholders—do not match. The natural alignment between all participants as it used to exist in the early mutual funds, ceased to exist which meant that the cost-effectiveness of the mutual funds that were driven by the common goal of all participants to keep contributions as low as possible, vanished.

With their belief on the huge potential that blockchain technology brings, Volkert and Wennekendonk set out to break these silos. Enter Sagittae. Through their company, the duo introduced a new model of risk protection based on blockchain. A decentralized and revolutionary alternative to traditional insurance, the model eliminates the need for expensive and bureaucratic insurance conglomerates and costly middleman structures. “Blockchain technology allows us to reinstate cost-effective mutual risk sharing structures as they once used to exist in small communities, but this time on a global scale and open to everyone,” adds Wennekendonk.

If we look at the insurance industry today, an immense amount—more than $4.5 trillion—is handed over by policyholders to large and powerful insurance conglomerates to buy insurance products. And, as far as the value of the insurance products offered are concerned, policy contract wordings are exclusively drafted by the insurance company, and contain, not surprisingly, many conditions, exclusions, and participation restrictions. The policyholders have little or no influence on these terms and conditions. The beneficial consensus model of the early mutual funds seems to have gone forever. Wennekendonk mentions, “We are on the verge of a major and disruptive change in the insurance industry.”

Blockchain technology allows us to reinstate cost-effective mutual risk sharing structures as they once used to exist in small communities, but this time on a global scale and open to everyone

Delivered as a peer-to-peer (P2P) platform for risk protection, Sagittae allows and helps affinity groups to create their own digital peer-to-peer contracts for risk sharing. These contracts only govern the mutual relationships of their participants, fund their own capital needs, and work with fair terms and conditions based on participants’ input and consensus.

The Sagittae platform’s P2P schemes are smart contracts on the Ethereum blockchain that hold the accumulated funds of the peer-group and the terms and conditions of their mutual risk sharing agreement. The contracts are completely transparent and without any cost loadings other than fees incurred for the services that the peer group decides to outsource (e.g claims handling). The contracts run entirely autonomously and are funded upfront, which ensures guaranteed payment of approved claims to participants that have suffered damage or injury. “We have created multiple ERC-20 tokens to facilitate transactions on our platform. These are all stable coins pegged 1:1 to the currency that the P2P group decides to use,” says Wennekendonk.

Coins are kept safely in a digital wallet that is created automatically when a person or organization creates a user account on the platform without the need for any technical knowledge or know-how. “The user experience is comparable to making a transaction through a regular banking app,” adds Wennekendonk. Blockchain transactions always run in the background of the platform which creates a seamless and user-friendly process of changing back and forth from tokens to fiat currency.

The difference that Sagittae’s P2P platform for risk protection is creating stands out as it combines blockchain with a sound marketing approach. “Too often we see ingenious technological concepts, but without a well-developed marketing strategy. Our solution specifically targets affinity groups. Globally there are thousands of such affinity groups,” states Wennekendonk. People in a specific profession, students, small business owners, golfers, dog owners and so on. Sagittae strongly believes that these groups are the perfect candidates for our P2P protection schemes. Affinity groups have specific needs, and our system allows them to design their risk protection schemes themselves.
The product created really meets customer needs, unlike traditionally top-down developed insurance policies. Further, marketing expenditures can be specifically targeted at niches. This is far more effective than the huge general marketing campaigns that traditional insurers deploy to push their products into the market.

Sagittae has created STAE Coin as the digital currency for its platform. It is a pure utility token, created on Ethereum that complies with the widespread ERC20 standard. The Coin can only be used on Sagittae’s platform to participate in digital P2P risk protection contracts. STAE Coins have no other rights or functions attached and are not tradable on any crypto exchange worldwide. They can only be bought and sold at the Sagittae Foundation which is exclusively tied to the Sagittae platform.

Sagittae’s scheme design tool also includes an option to embrace a fair fee for the promoter. The fee is however subject to strict rules and limitations, as the company wants to avoid schemes that carry excessive and unrealistic fees for promoters. The mission here, as Wennekendonk mentions, is to provide a system that is beneficial to all participants, and the company doesn’t want to return to the disproportionate cost loadings of traditional insurance policies.

Conquering Today with an Eye on the Future

The first P2P schemes will be initiated this year as proofs of concept by Sagittae, in close cooperation with representatives of the selected affinity groups. One of Sagittae’s strategic launching partners is Memorial International, the largest international funeral assistance Corporation with offices in 19 countries and a global network of more than 30,000 subsidiaries. After a successful deployment of the proof of concept schemes, the platform will be launched globally in 2020. “We are in the business of risk sharing, and this undoubtedly works best if the risk is spread over a large number of people in different geographical locations. Our platform was designed to bring large multinational affinity groups together. Our first proof of concept schemes will most likely bring together people in Asia and Latin America. Our future business development will also include Africa,” says Wennekendonk.

"We have created multiple ERC-20 tokens to facilitate transactions on our platform. These are all stable coins pegged 1:1 to the currency that the P2P group decides to use"

Sagittae will be raising additional funds end of 2019 to further develop its platform, cover operating expenses, and launch a major promotion campaign in t he 1 st q uarter o f 2 020. T he company will also be adding business development managers for Latin America and Africa. Future development will also include the targeting of major global affinity groups. such as migrant workers, international exchange students and business travellers “Sagittae is named after the constellation ‘Arrow.’ which points at the future. We are concentrating on the future of insurance space, and we gladly invite you to join us,” concludes Wennekendonk.

Description
Sagittae introduces a new model of risk protection based on blockchain technology. It is a decentralized and revolutionizing alternative to traditional insurance, completely eliminating the need for expensive and bureaucratic insurance conglomerates and costly middleman (broker) structures. Sagittae is founded and led by Robert Volkert and Ton Wennekendonk. With their many years of experience in the international insurance industry at senior management positions, they have built a team that is ready and capable to take this next step in the evolution of the insurance industry 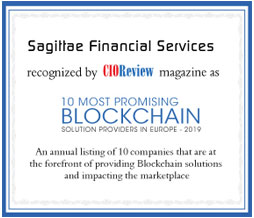 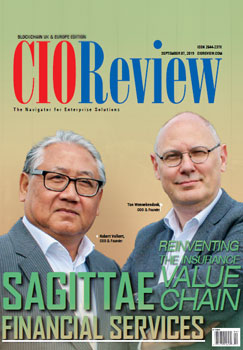